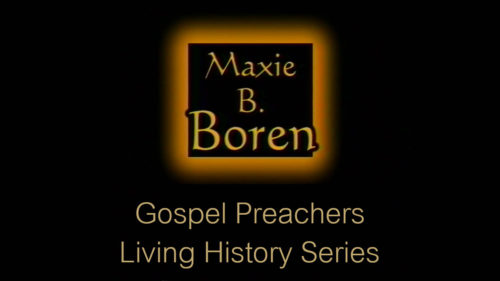 The 20th century saw giants in the Lord's church who raised the banner of Truth in the heat of battle. This program is an effort to preserve the influence of some of the most able of these preachers. The first segment of the program is a 50-minute interview with Maxie Boren conducted by WVBS. The second segment is one of his favorite sermons to deliver.
Maxie Boren (1932-2016)
Interview Date: 2001
Interview By: Chuck Horner
Sermon Title: Building Bridges in Church

Available on DVD
From Series: Gospel Preachers Living History SeriesVideos in this Program